The presentation of some data herein differs from data presented on the FDA website, even though it uses the same raw data. For example, I combine all observation listings that cite 21 CFR 211.42 into a single value, rather than identifying them in separate line items with the exact same citation text. The FDA largely seems to have taken a similar approach to mine this year. For example, in the past, observations citing 211.192 were divided into multiple line items; this year they are consolidated into a single line item.

Table 1 shows only the 15 most frequent inspection observation citations between FY2013 and FY 2019, while the tabulation on the FDA website shows all citations used in the fiscal year. The FDA uses the term “frequency” to represent the number of times the agency identified a specific citation in its tabulation. Table 1 presents those observations from the highest to lowest number for FY2019, modified as described in the Introduction section of this article. Both Table 1 and Figure 1 show consistency in the years between FY2013 and FY2017 with respect to the identity of the 15 most frequent inspection observations.

Figure 2 shows all of the most frequent 15 citations for the three fiscal years, 2017 through 2019. The four most frequently cited regulations in FY2019 include:

FY2019 saw changes in the frequency of seven observation citations that merit mention. These are highlighted in Table 1. Figure 3 shows only the seven citations with notable differences between FY2018 and FY2019. The frequency for citation of 211.160(b), Lab controls should include scientifically sound specifications, fell from first place in FY2018 to fourth place in FY2019. Six regulations saw a significant increase in the frequency with which they were cited between 2018 and 2019. This includes:

It is interesting that the frequency of citation for §211.113(b) decreased consistently since FY2015, until it increased markedly this recent year. The FDA continues to identify sterile drug product manufacture as a high-risk operation, and many warning letters identify violations for manufacturers of this category of products.

The FDA focus on OTC manufacturers may explain some of the reason that having and following procedures for the quality unit, §211.22(d), continues at the top of the list. Many times, these firms either don’t have a quality unit or have one that fails to perform basic GMP responsibilities. 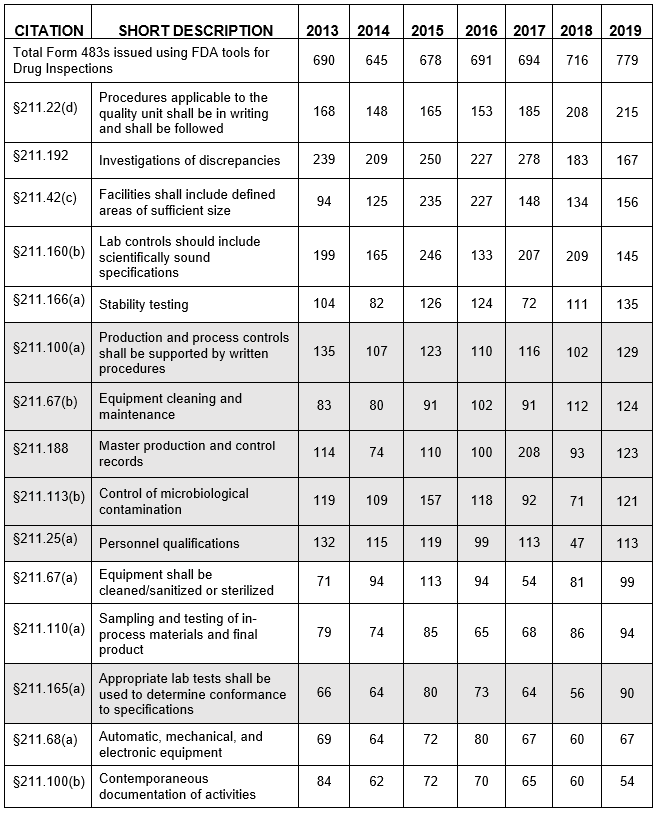 Figure 1: Total number of 438s in the system 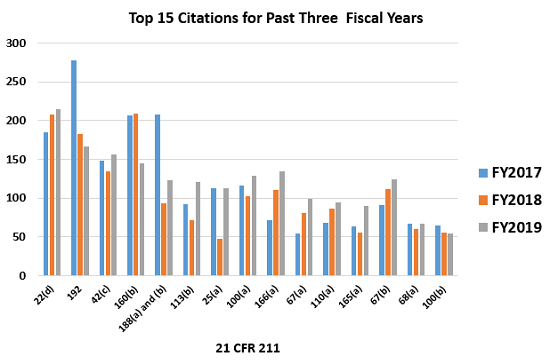 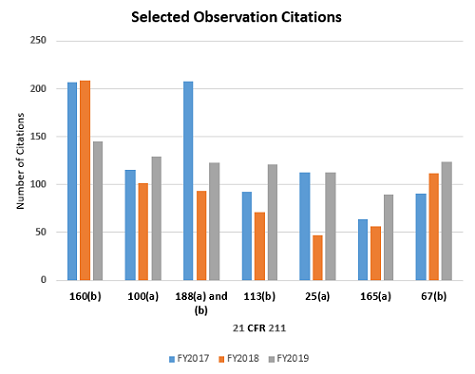 Join Kelly Thomas in her “Writing Effective 483 and Warning Letter Responses” course. Kelly will discuss the importance of developing and submitting a robust, timely response to FDA 483 observations or warning letters; as well as, educateon the essential elements of a thorough response.

For those who use inspection observations to monitor and improve their quality systems, the FDA’s annual data provides ample resources against which firms can measure their potential vulnerabilities and gauge the probable focus areas during upcoming GMP inspections. The shuffling of positions in the top 15 observation areas likely reflects the FDA’s focus on OTC manufacturers, where fundamental GMP understanding and compliance seems to be missing. Most of the observations at these sites reflect either a basic lack of understanding of FDA requirements or a conscious decision that compliance with these requirements would represent an unnecessary cost.

The lack of adequate written procedures and responsibilities for the quality unit, §211.22(d), remains a very consistent citation over the five years addressed herein, with increasing frequency from FY 2017 through FY2019. Form 483 observations that include text such as “The quality unit is inadequate…” often result in additional enforcement action, including warning letters.

While §211.192 moved up to second place this year after being in third place last year, it continues to remain an important observation. A variety of other Part 211 citations increased this year over last year.

Barbara Unger formed Unger Consulting, Inc. to provide GMP auditing and regulatory intelligence services to the pharmaceutical industry, including general GMP auditing and auditing and remediation in the area of data management and data integrity. Her auditing experience includes leadership of the Amgen corporate GMP audit group for APIs and quality systems. She also developed, implemented, and maintained the GMP regulatory intelligence program for eight years at Amgen. This included surveillance, analysis, and communication of GMP related legislation, regulations, guidance, and industry compliance enforcement trends. Unger was the first chairperson of the Rx-360 Monitoring and Reporting work group that summarized and published relevant GMP and supply chain related laws, regulations, and guidance. She is currently the co-lead of the Rx-360 Data Integrity Working Group. You can contact her at bwunger123@gmail.com.